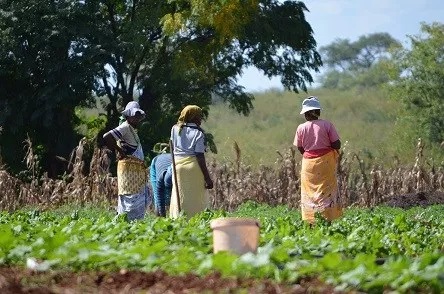 When I first met the women of Hleketani garden I was moved by the community vegetable project they had set up under apartheid, but I didn’t quite foresee the rich research relationships that would follow. An offhand query as I prepared to return to Canada touched things off. Would any of the women like to talk to an historian about their lives? “All, all would like to talk with you,” Evelyn N told me. During the first season of our collaborative oral history project, in 2012, the women asked how the research findings would be shared. I explained that I would be writing articles based on our conversations, sharing recordings with their community, giving talks, and ultimately writing a book. “Aren’t you going to make a movie about us?” Mamayila M asked.

Mamayila’s colleagues thought a movie was a fine idea. Only a handful of the two dozen women involved in the community farming project are literate and fewer read English; academic writings are nothing to them. My first response to Mamayila’s suggestion was to laugh. When I returned for the second research season in 2013, I brought each woman a copy of a desktop-published book telling the story of their farm and including lots of colourful images of them hard at work. The book was a big hit – farmers took it home and had their children and grandchildren read it to them in wonderful moments of intergenerational knowledge sharing. Then came the collective question: “aren’t you going to make a movie about us?”

The idea took a while to germinate. It was brilliant in the abstract: the women’s farm is picturesque and the twenty-five-year history of its trials and triumphs is a story at once inspiring and sobering. These women’s life histories provide intimate insight into the gendered, racialized, and generational challenges of poverty; the diverse and innovative livelihood strategies of those “living with lack,” as my South African co-researcher Basani Ngobeni puts it; and the humble heroics entailed in meeting those challenges in marginalized communities around the globe. But I didn’t know how to make a film.

Things shifted in the 2014 research season. The farm was facing serious challenges from theft and drought. The farmers needed a boost and people needed to understand the structural challenges facing small-scale farmers in the Global South, and how those challenges are deepening with climate change. When I got back from South Africa I had lunch with Christine Welsh, a long-time colleague downstairs in Gender Studies and a filmmaker whose documentaries about Indigenous women I had always admired. Christine says she makes films about “ordinary women doing extraordinary things.” Perfect. To my delight she jumped at the project.

Christine, the film’s director and my co-writer, signed up well known filmmaker Mo Simpson as cinematographer/editor, and my indispensable colleague Basani Ngobeni served as assistant director. UVic student Liah Formby volunteered as a location assistant, and we hired people from the village in various roles. After frantically helping the women replant the garden — huge thanks to my generous Skwiza (sister-in-law) and Chomi (dear friend) — we filmed in May 2015. It was not smooth sailing. Godzilla El Niño brought temperatures well into the thirties (“winter” in Limpopo Province), the farmers were battling drought without proper irrigation, days were long, heat made us cranky, and high winds caused headaches for sound recording. But the women shone. They carry the film, which is recorded in the xiTsonga language (with subtitles). They tell their stories of creating a farm community and combatting malnutrition, poverty, HIV/AIDS and climate change in their own voices, in their own time. As a colleague said, “it’s amazing how we get to know the women, their personalities, in such a short film” (35 minutes).

We launched “The Thinking Garden” in March 2017 at a full-to-the-rafters public screening at UVic. It won an award at its first festival (Vancouver International Women in Film Festival), screened at another festival in April, has made almost twenty stops across Canada (so far), and is under consideration for festivals in the US, Europe, and Africa. I screened the film in N’wamitwa and Johannesburg in May to warm responses. The farmers are delighted. As Rosina M says, “we never thought we would see something like this for our farm.”

After festivals we’ll release “The Thinking Garden” online, where it will be readily accessible to those interested in food security, women’s empowerment, climate change and related issues. In the meantime the film can be accessed through our distributor, www.movingimages.ca
For more info: jopifarm@gmail.com